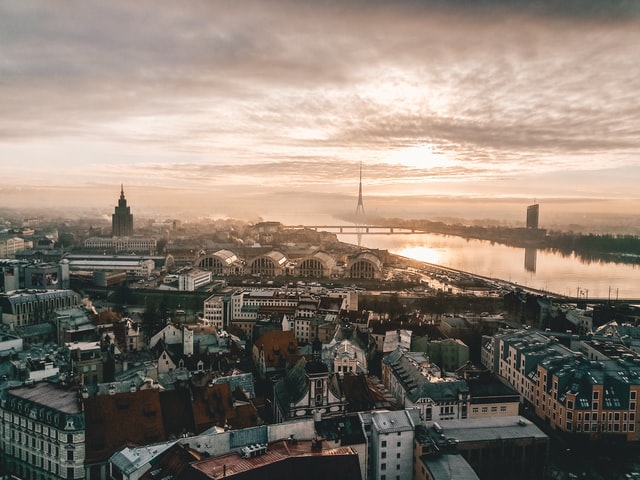 Art Nouveau Architecture is one of the claims that Latvia’s city of Riga has to boast about. Roughly one-third of the buildings are in the centre of Riga. This fact gives Riga the honour of having the highest concentration of Art Nouveau architecture in the world.

Most of these buildings date back to 1904 and 1914. Those ten years was a period of fast economic growth for Riga. The movement of Art Nouveau architecture was driven by the immense desire to be more individualistic on a greater scale.

Much of the style influence came from Austria, Germany and Finland. At the same time, a faculty of Architecture was established, leading to many of the first formally trained ethnic Architects in Latvia.

It was believed that Art Nouveau Architecture was a more rational form than what had dominated the area in the 19th Century. The Art Nouveau style is most commonly seen in multi-story Apartment buildings.

Art Nouveau came about from a reaction against the Eclectic Style and also the Revivalist Style. In the desire to be individual and not rely on what has been, or what others have done. They wanted to showcase the local traits and traditions. There was also the desire to have the honest use of ornamentation and materials that could showcase the building.

By the middle of the 19th Century, residents and architects alike were ready to move past ‘Medieval Riga’, they no longer felt they needed the surrounding walls and gates. After they were demolished, strict regulations followed and buildings and roads began to become common all over the city. Most were built outside of the main portion of the town, however, there were many that were built within the old town also.

At this time, the regulations stated no building could be higher than 6 stories. Up until 1905, the buildings were of an Eclectic Art Nouveau style. A few changes were made, but nothing actually changed the building. They looked the same save for different ornamentation.

Soon a more rationalistic style came to the architecture. This was the time of Perpendicular Art Nouveau. Simply, as the name implies, ornamentation emphasized the heights of the buildings. With this style, the interior designs were also reflected in the exterior of the buildings. The Asymmetrical exteriors became more popular and there was much more choice and thought put into the ornamentation.

The Neoclassical is considered more of a rebellion against Art Nouveau. Riga’s first Art Nouveau building was designed by Max Scherwinsky and Alfred Aschenkampff.  The completion was finally done in 1899 and lies within the old town. Today, the majority of Art Nouveau is found outside the reaches of the city centre.

Between 1890 and 1910, there was a sense of freedom in Riga. Freedom from the rigid mandates that held so long when it pertained to buildings. Architects began to take liberties to express themselves in their designs. There were a few terms that were spoken when it came to the freedom of design, Liberta’, Jugendstil, which means youth style, and also Art Nouveau which is knowingly New Art.

That is what Riga was ready for, New Art.  This last term is what developed the name of the style of this Architecture. The original was elaborate decorations of the outer faces of the building, which was basically nature. The animals, plants and suns were the most popular. Soon though, the building itself would begin to take on looks of nature, such as the columns or corners would look to be stalks of corn, or tall weeds and grasses.

This fusion of decoration and building began to have additional materials within it. Ironworks, glass and ceramics were the main portions of the decorations. These materials led to the design and building of many glorious buildings.

In Riga, this new phase happened at the same time as a building boom and an economy that was doing good. There were also numerous new architects, fresh from learning, who were ready to design new styles and move away from the dull and boring flat styles. They wanted to include a new style with a mixture of their own styles.

The most known of these Architects was Konstatins Peksens. He was responsible for the design of 200 buildings, plus many multi-story buildings that were built in Riga during this economic boom. His work can still be seen throughout the city of Riga. Miss Riga, became a well-known style due to Peksens. The fun aspect thrown into this style was the sculpted upper bodies known as ‘Hermas’. With the sculpting job designated as the most beautiful stone woman in Riga.

Then a change began to emerge. There was a definitive style of Art Nouveau that had some of the most elaborate ornamental trimmings on the facade. This was to be known as the Eclectic Art Nouveau period. Riga has very few buildings with these elaborative trimmings.

Up until 1907, Peksens lived and worked in one of the buildings. That same building now houses the Riga Art Nouveau Center. He designed this building with two very distinctive characteristics. The first is the Tower that sticks up from the roof. With the inclusion of this Tower, it was a form of defiance of the local height restrictions. The defiance came in as there was an additional room, right inside that tower.

The building is a museum now, complete with the living quarters of Peksens, completely done with period pieces and items from the time that he lived there. The museum opened to the public in 2009. As one will notice there is much of the original design, a truly authentic lobby and much of the interior, some of the original pipeworks and floorings.

The most famous feature in this museum is the authentic stucco decorated ceiling, which is daisy blossoms. Art Nouveau is often confused with Art Deco. These are two completely different styles, Art deco can be seen in the Empire State Building. One way to remember the difference, if it is smooth, sleek and shiny is Art Deco. When you see half-naked females, gargoyles and elaborate designs it is Art Nouveau.

Riga has a strong stance when it comes to being proud of their town. It holds one of the most historic, but well-preserved centres in all of Europe! The centre is home to romantic streets and alleyways, majestic and medieval buildings as well as gorgeous parks. It is not difficult to fall in love with this capital city of Latvia.

What holds this town higher than most other towns in the historic architecture that can be seen in the district. Art Nouveau Architecture is almost perfectly synonymous with Latvia, Riga more so. This district sits between two major thoroughfares, Elizabetes Street and Alberta Street. In total, between the historic district and the rest of the city are at least 116 perfect examples of Art Nouveau buildings and mansions.

Riga has been able to maintain its reputation as an influential city that is considered well off. This affluent economic time began at the turn of the Century and this helped make Riga the Art Nouveau Center of the world. This New Art helped release not only Riga, Latvia, but the whole world from the stagnant building designs that seemed to last far too long. It seemed the whole world, every country had stuck to the rigidity in buildings and design.

A new movement that grew out of Paris, the impressionists, managed to look at things with new eyes, new thoughts and new designs. From Paris to everywhere the sense of freedom from these rigid requirements for Architects began to shift.

The Architects started incorporating Art Nouveau into their designs, which seemed unacceptable at first to the citizens, but they too, began to see the way with different eyes and they liked what they were seeing. One of the biggest names that came through from that time and still make a mark today with the buildings was Mikhail Eisensteins.

He was a Swedish German descent citizen. What made him stand out so strongly is that he was in fact an Engineer, not an Architect. Eisensteins was a very sociable person and was talented, he talked his way into winning the contracts for a fair share of buildings, apartments buildings for the State Counselor of the City.

The facades of the buildings he built were immaculately decorated, once you passed through the doors, the interior was more of the same drab and boring design. What the people looked at was the exterior at this time. Obviously Art Nouveau speaks very loudly, it can still be seen in some buildings today. In Riga, they are there to stay, many in their own district. 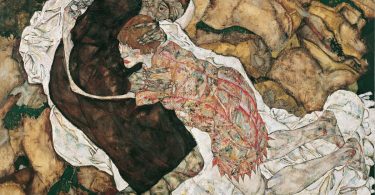 If you’re a fan of art nouveau, you’ll love this blog post! We’ll be discussing... 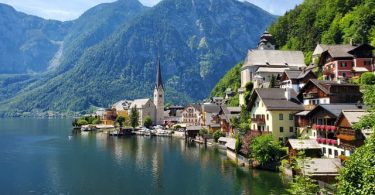 Austria thrives with some of the most significant art nouveau one might have ever seen. The art... 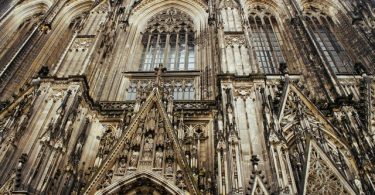 Art is something that always keeps updating and changing into different forms whether it’s in the...