Ceramics imitation of Japanese lacquer ware initially produced at Jackfield in Shropshire from c. 1750. It is also known as japanned ware and is covered in a glossy black glaze with gilded decoration. It was also produced by astbury, whieldon and wedgwood

French master menuisier whose work spanned the Louis XVI and empire periods. His early Rococo work soon gave way to a Neoclassical Louis XVI style, and by the early 1780s he was one of the leading chair-makers in Paris. After the Revolution, he worked for the designers fontaine and Percier before forming Jacob-Desmalter & Cie in 1803 with his second son, Francois.

Wine glasses, tumblers and decanters used for loyal toasts to James II and his descendants, Roman Catholic Pretenders to the British throne.

Production began in 1688 and the objects were engraved with mottoes, portraits and symbols of the Jacobite cause, supposedly including a thistle, an oak leaf, a caterpillar and a carnation, and a six, seven or eight-petalled rose which represented the British crown.

The jacobite cause was lost in 1770 and production of the glassware ceased a few years later. Since then all Jacobite glassware has been widely faked especially in the late 19thC . 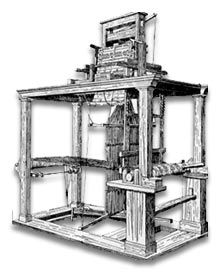 The Jacquard loom is a mechanical loom, invented by Joseph Marie Jacquard in 1801.

It utilised holes punched in pasteboard cards, each row of which corresponded to one row of a design.

Multiple rows of holes were punched on each card and the many cards that comprised the entire design of a textile were strung together in order.

It was based on earlier inventions by Frenchmen Basile Bouchon (1725), Jean Falcon (1728) and Jacques Vaucanson.

Firm of watch and automata makers. The partnership between Pierre Jacquet-Droz and his son, Henri-Louis, was set up in Geneva, Switzerland, in 1787. The firm was known for its exquisitely decorated enamelled and automata watches in the first half of the 19thC. They also created life-like automata of human figures drawing and painting.

General term for the minerals nephrite and jadeite. Nephrite, from Turkestan, Siberia and the Far East, is hard and translucent, and rings when struck.

It ranges in colour from white (highly prized mutton-fat jade) to various shades of brown and green (spinach jade), and has a greasy look when polished.

Jadeite is rarer, harder and more easily fractured. It is dark green, emerald or variegated white with emerald, or green and lavender; the translucent emerald green imperial or true jade is the most precious form of jadeite.

Both minerals are too hard to be carved with cutting tools and instead are shaped by abrasives.

Nephrite figures and ritualistic implements have been sculpted by the Chinese from Neolithic times, but the 18thC was a particularly prolific period. At this time they began to work in jadeite, mainly for jewellery.

Real jade does not mark when scratched with a steel tip.

A curved dagger with a double-edged blade. It is a traditional Arab weapon but found in various forms from North Africa to Iran and from East Africa to western India. The jambiyah was often contained in an ornamental scabbard and tucked through a belt at the front of the body .

British term for imitation Oriental lacquer introduced in the latter half of the 17thC. Metal or wooden surfaces are coated with several layers of various gums such as shellac, as distinct from the resin of the Oriental lacquer tree which is used in true lacquer. High quality japanning is done with spirit-based varnishes which have a transparency that almost matches the finish of genuine lacquer. It can usually be distinguished from true lacquer by the Westernised designs and greater range of ground colours including black, dark green, and the British speciality of sealing-wax red. The initial spate of japanned cabinets, mirror frames and boxes at the end of the 17th and early 18th centuries was followed by a fashion for japanned longcase clocks 1720-70. Then there was a lull until the 18thC, when the Victorians revived the craft, especially in the form of japanned Ppapier mâché. See pontypool ware, bilston enamels, jackfield ware

European decoration copied from imported Japanese porcelain and lacquer. In the late 18thC, Japan patterns (see imari) appeared on British ceramics at worcester and derby. This fashion declined in the 1820s, but in the 1860s a craze for Japanese style swept every area of design.

A term used for the ornamental container for a plant pot. Heavily moulded and glazed majolica jardinières, usually on a stand, were a feature of Victorian drawing rooms, and ornately wrought-iron versions combining table or stand with inset pot were also popular.

A smooth, matt-finish fine stoneware introduced by Josiah wedgwood in 1774.

Wedgwood Jasper Ware was much imitated in its time, and is still produced today. It is unglazed, similar in texture to biscuit porcelain, and colours include tones of green, lavender, yellow or black as well as the famous 'Wedgwood blue', with relief designs in neoclassical style applied in white.

The paste itself was stained with metal oxides such as cobalt to produce solid jasper, but after 1777, a coloured surface wash was applied to a white base resulting in jasper dip.

Jasperware can be burnished to a glossy finish - which is sometimes seen on cups and bowls. It is mainly seen unpolished, however, in
the form of vases, plaques, cameos and other ornaments ... See the Wedgwood Jasperware Section.

One or two-handled 18thC glass, usually with a long vase-shaped bowl and short stem, for serving a single portion of jelly or similar type of sweet dessert .

English manufacturers of PAPIER-MÂCHÉ furniture and works of art, 1816-64. They patented a form of inlaid decoration in pâpier-maché using coloured glass, ivory, mother-of-pearl, tortoiseshell and gemstones .

Anglo-Dutch cabinet-maker, whose rich Dutch version of Louis XIV style influenced william and mary furniture. Jensen's furniture was noted for its metal inlay marquetry that was similar to boulle work .

Black, glossy, fossilised wood - a very hard form of coal - that is carved and highly polished to make jewellery and ornaments. Jet has been used for decoration since the Bronze Age. It was mined extensively on the Yorkshire coast near Whitby and widely exported c.1805-75. It was popular for buttons and mourning jewellery in Victorian times. Spanish jet is softer and cheaper than the British form, and French jet is the term used for glass imitations.

The process of shaping a gemstone to give it symmetry, and enhance its brilliance, beauty and value. The resulting shapes are either in smooth cabochon form or with many facets.

Diamond and precious-stone cutting is said to have begun in Belgium in 1475.

The mount in which a gemstone is set in a ring, pendant, brooch or other item of jewellery.

The technique was employed at sevres c. 1778-86, and used in the mid-19thC at worcester, coalport and minton porcelain factories, though not always on a foil ground.

Term that refers to the use of hard gemstones as bearings in watches or clocks to reduce the wear and deterioration in timekeeping caused by the pivots of cog spindles in their pivot holes.

Jewelling was first patented in London in 1704, and was a jealously guarded secret among British makers well into the 18thC. As a result it is not generally found in continental watches until the 19thC.

British furniture designer who, with her husband David, designed simple, functional furniture for wide domestic use in the 1920s — often in teak or oak, but also in exotic woods such as Indian laurel and silverwood.

Pieces have the date of manufacture, the name 'Joel' and the name of the craftsman on a card fixed behind glass.

British furniture-maker, designer, carver and gilder in Rococo style. He published several pattern books of elegant display pieces, such as mirror frames, candlesticks and side tables.

The technique of fitting pieces of wood together to the standard required in antique furniture making.

The words joined or joint indicate that a piece has been constructed using mortise-and-tenon or dovetail joints, rather than pegged with wooden dowels or iron pins at the angles, as in boarded construction.

In the 16thC panelled construction; panels held in grooves cut into vertical timbers called stiles and muntins, and horizontal timbers, or rails. By the end of the 15thC the mortise-and-tenon joint was in general use in furniture construction. Two sections of wood are joined at an angle by means of a projecting tenon, which fits into a cut-out section of corresponding shape and size called a mortise.

Two pieces of wood can be joined at an angle by means of wedges or dovetail-shaped projections in one piece fitting into corresponding cut-out sections in the other. This is known as a dovetail joint. A through dovetail shows through the front of the piece of furniture, resulting in a slightly uneven surface for veneering. A refinement of the through-dovetail is the stopped or lapped dovetail in which the jointed wood does not show on the outer surface of the furniture. 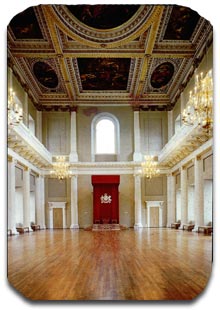 Inigo Jones is regarded as the first significant English architect, and the first to bring Renaissance architecture to England. He also made valuable contributions to stage design.

He was born in the vicinity of Smithfield in central London, the son of a Welsh Catholic clothworker, and christened at the church of St Bartholomew the Less. Little is known about Jones's early years but towards the end of the 16th century, he became one of the first Englishmen to study architecture in Italy, making two visits to that country.

The first c1598-1603 was possibly funded by Roger Manners, 5th Earl of Rutland. The second, from 1613 to 1614, found Inigo in the company of the Earl of Arundel. He may also have been in Italy in 1606 and was influenced by the ambassador Henry Wotton and owned a copy of Andrea Palladio's works with marginalia that refer to Wotton.

See Wotton And His Worlds 2004 by Gerald Curzon. His work became particularly influenced by Palladio. To a lesser extent, he also held that the setting out of buildings should be guided by principles first described by ancient Roman writer Vitruvius.

Many inigo jones buildings are the earliest in British architecture to adopt classical themes and his ideas had considerable impact on the work of later designers such as William Kent and Robert Adams.

Following visits to the Middle East and Spain, Owen popularised mathematical structure and stylised natural forms of islamic and hispano-moresque styles in his book The Alhambra, and world design in Grammar of Ornament. 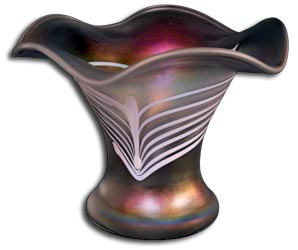 It was named after a Munich magazine called Die Jugend (Youth).

A wooden or cardboard doll, known as a pan tin in France, and Hampelmann in Germany, with a length of string hanging between the legs which is connected to each loosely jointed arm and leg. When the string is pulled the limbs jerk upwards and outwards. Jumping jacks have
been made since the late 17thC.