A look at the criteria used to value collectible coins.

Before a collectible coin can be valued, a coin dealer or collector will examine it closely. They will then categorize the coin by placing it into one of the obvious categories by denomination or type.

This is not always as easy as it seems. Every now and then a mint will strike odd coins, medals or tokens aimed primarily at collectors.

Coin sets commemorating the Olympics or a significant historical event such as the first Apollo moon landing or unusual denominations are the most common examples.

Mints have produced half cent coins, large-sized cents, three cent nickels, seated quarters, bust dollars and many others over the decades. All complicating how to value collectable coins.

These commemorative sets help serious collectors collect full sets of coin types. Often full or complete sets are too expensive for the average collector to purchase, so they'll try to get one of each type over a period of time.

So categorizing a coin is important in assessing the coins value depending possibly, on how rare it may be and how difficult it is to complete a set. 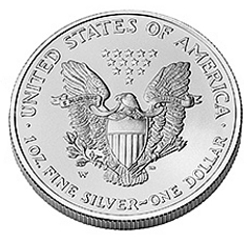 Nickels - which are often actually made of a nickel-copper alloy, are 1/20th of a dollar by definition. Historical examples are the Liberty Head 'V' produced from 1883 to 1913. An authentic 1913 is especially rare and valuable, though many counterfeits exist. The Buffalo Nickel then took over from 1913 to 1938. Many nickels minted during WWII were a composite of copper, silver and manganese, showing that a nickel isn't always made of nickel.

Dimes - initially 90% silver and 10% copper, dimes have seen their silver content reduced since first established in 1792. Beginning in 1965 the dimes value was debased and the coins made of 75% copper and 25% nickel, chosen specifically since they were not precious metals. As a result older dimes are generally worth more on the open market.

Among the more common collectibles is the Mercury Dime minted from 1916-1945, but the older Barber Dime - minted from 1892-1916 can still be found by diligent amateur collectors.

Quarters - Valuable quarters are even harder to find, with the Standing Liberty, minted from 1916-1930 being a popularly sought item. The Barber, minted from 1892-1916 is still more so.

Half-dollars - are becoming increasingly rare. Finding a Franklin Half Dollar produced from 1948-1963, is always a happy target despite its relative youth.

Silver Dollars - Genuine silver dollars are fairly easy to find, though their silver content makes them priced higher than the denomination.

Morgan dollars minted from 1878-1921 are common collectibles, but the Peace Dollar produced from 1921-1935 is an excellent addition to the knowledgeable collectors set.

Speciality coin value categories, at least for US Collectors

This would include foreign coins that are of sufficient age not to be in general circulation.

When determining how to value collectable coins, see our Collecting Rare Coins and Coin Reviews section for examples.

Also in those sections are some commemorative editions, as well as several gold coins. Examples of these are the Indian Princess Head Dollar, the Saint Gaudens Twenty Dollar Gold Piece and British Gold Sovereigns.

Tokens and medals categories are pieces that only peripherally qualify as coins though they often serve the purpose, when used on subways and buses, and will sometimes form part of a coin collection.

When coins are rare and note a significant historical event they can be quite valuable. Once a coin has been categorized, the dealer or collector will then grade the coin.

There are a host of other factors that determine the value of a collectible coin.

There are the obvious ones; mint year (when it was produced), grade (the general condition and degree of wear) and there are several others that coin dealers and collectors take into account when determining the coins value including ...

What is the Country of Origin?

Country of origin will play a role in determining the worth of a coin. Non-U.S. coins are prized slightly higher by some U.S. collectors since, from the collector's perspective, the coin is rarer. See the examples and values in our Collecting Rare Coins page.

Where was the coin Minted?

Another element is the mint mark. There are several mints around the U.S.A and each mint stamps the coin with a letter designating the origin. These include :

Is the Coin Counterfeit?

Whether the coin is authentic clearly plays a major role in value. Being counterfeit doesn't automatically make a coin worthless however, since some, such as the 1913 Liberty Head V nickel are borderline. The Liberty Head V nickel was produced illegally by a legal mint, as it was only authorized up to 1912, but the mint manager produced several anyway.

A counterfeit coin may also be rare and sought after by collectors for itself. The open market determines the value and sometimes being different or unusual is enough of itself, to bring a high price. In the majority of cases, however, a counterfeit coin is worthless since, by definition, it is a false piece which gas no value.

How Much Has the Coin Beeen Cleaned?

Cleaning can considerably alter the value of any coin and most collectors should avoid doing it. Cleaning often produces an unnatural appearance in the coin, which is discounted by collectors and dealers. Coin cleaning carried out without expert skill, can introduce scratches, produce wear and obscure important highlights on the coin.

Is the Coin Damaged in any way?

Damage beyond that introduced by cleaning, corrosion, dents, artificial coloring, holes drilled, etc, can often make a valuable coin near worthless. In rare cases the coin may fetch a little money, but usually this is a heavily discounted price. More often damaged coins are viewed as a tiny amount of scrap metal.

Price Guides: What Do The Price Guides Say on How to Value Collectible Coins? 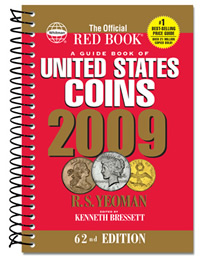 In past decades price guides were a good beginning for the amateur collector to determine the approximate value of a coin.

Such books as The Standard Catalog of World Coins by Chester L. Krause and Clifford Mishler and 'The Red Book' (officially titled 'A Guide Book of United States Coins') were commonly used by collectors and dealers.

More up to date information was often found in magazines such as Coin World and Coin Age, which were useful supplements.

But since the rise of the information age and increased use of the Internet and websites devoted to coin collecting, the situation has changed somewhat.

Online versions of the Greysheet (used by dealers buying from other dealers), the 'Blue Book' (A Handbook of United States Coins) and dozens of other sources are now widespread.

Books are still valuable, but in order to keep up to date coin collectors should supplement their knowledge using online resources.

In any case, whatever the coin, the ultimate price guide is the collector or dealer, who will say what they are willing to pay for a particular coin.