The British Commonwealth is one of the largest international organizations in the world, containing over fifty member states and a population of over two billion. Its member nations have produced some of the most interesting, varied, and beautiful silver coins in the world.

Here we look at the silver coinage histories of Canada, Australia, New Zealand, South Africa, and India, and a few bargains that silver investors and coin collectors should watch out for when searching for collectible silver coins from these countries.

The vast empire ruled over by Great Britain in the 18th, 19th, and early 20th centuries was the greatest in world history in terms of population and total area. That old saying, The Sun never sets on the British Empire, was absolutely true and not just in a figurative sense.

Britain held possessions on almost every continent of the world and in both hemispheres for well over a century. As Great Britain's vast holdings eventually became independent states, the British Empire gradually turned into the Commonwealth of Nations.

An international grouping that now counts over fifty states and two billion people in its membership. The rise and fall of the British Empire has had a massive effect on the course of world history.

But it has also produced an interesting and varied selection of silver coinage from around the globe.

British Commonwealth nations such as Canada, Australia, and South Africa minted large amounts of silver coins, sometimes following the pre-decimal pattern of British coinage and sometimes adopting their own separate systems of currency.

Collectors of silver coins and silver bullion should definitely take an interest in the coins of the British Commonwealth. 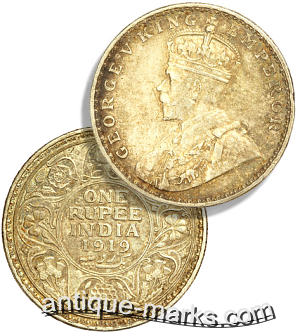 Old Commonwealth currency features some of the best deals on silver on the market today. Even better, many (but not all) silver Commonwealth coins have very high purity and there are few better sources of affordable sterling silver around.

One warning however: as with British silver coins, many Commonwealth coins bear the portrait of the British monarch at the time of their minting.

For this reason, it can be very easy to confuse British, Australian, Canadian, and other Commonwealth coins for each other.

Because of the wide diversity of dates, silver purity and compositions used in the various Commonwealth silver coinage series, it's extremely important you pay attention to the unique reverse of the coin so that you're sure of what you're getting.

The following five nations have produced some of the most common and well-known silver coins of the British Commonwealth.

But they are far from the only nations to have done so. Almost every member of the Commonwealth has its own unique and interesting silver coins for the collector to discover. Silver investors, coin collectors, and history lovers alike will be able to find something to collect in the diverse variety of Commonwealth silver coins.