A simple cost effective way to invest in silver and an excellent way to hedge against inflation and times of financial crisis is to collect junk silver coins. The value in some coins 90% silver content can make a significant contribution to your wealth, not to mention your coin collection.

How to Collect and Profit from Junk Silver Coins ...

Silver is constantly gaining in popularity as a way for ordinary people to protect their wealth against inflation and the vagaries of a financial crisis. And; although silver, like gold, is usually formed, by talented craftsmen, into shining items of great beauty, it can also be a wise investment for the future.

Sterling Silver has long been a popular commodity to trade and collect, and many of today's investors look to silver as a way to protect the wealth they have accunulated. But, you don’t necessarily have to visit a precious metals trading store or an online auction to collect valuable silver coins. In fact, you may just have some junk silver coins sitting in your desk drawer or your coin jar at this very moment. 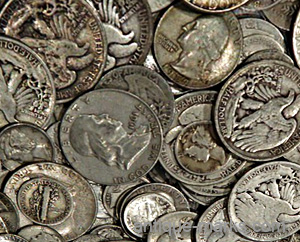 You see, finding and profiting from junk silver coins is easier than you might think; you might even own some already without realizing it.

Here we outline how to find US legal tender silver coins still in circulation.

First, What are Junk Silver Coins?

Well, junk silver coins are everyday coins that have value in their silver content. They are usually bought and sold as a cost effective way to invest in silver, which is an excellent way to hedge against inflation and protect yourself in times of financial crisis.

Until 1964, several US coins were minted using silver. These included dimes, quarters, the half dollar, and the full dollar coin.

Almost all of theses were made using an alloy of 90 percent silver and 10 percent copper. 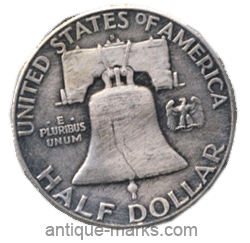 This particular silver composition can also be described in decimals; ie. If a silver coin is said to have 0.9000 fineness, that means it is composed of 90 percent silver.

In fact, for many of the past decades, much of the coinage of the United States and several other countries was composed mostly of silver.

Countries used silver as a way to physically back the value of their currency by using a reliable and independently valued precious metal.

Throughout the 1960s and 1970s however, most nations stopped using precious metals in their currencies and began minting their coins from base metals; primarily copper, nickel, aluminum, and zinc. 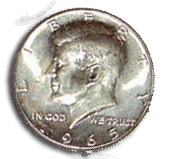 The US Coinage Act of 1965 did away with most US silver coins and the silver content entirely,

Other nations also removed the silver from their own coinage at about the same time:

Why it's wise to buy junk silver coins

The spike in silver prices in the late 1970's made minting legal tender in silver extremely difficult, as standard coin denominations would end up being worth far more for their actual silver content than for the face value of the coin.

At around 33 USD an ounce, silver is still generally too expensive to use in standard-issue coins. As a result, the only legal tender still made of silver are coins minted for coin collectors and the odd silver collector. They are then sold by government mints at slightly above the silver spot price.

Older silver alloy coins are now referred to as "junk silver", and although this term makes them sound rather worthless, their 90% silver content makes them worth far more than they otherwise would be.

So, Investing in junk silver coins is very popular.

Junk silver coins are usually bought in $1,000 bags, and these are bought or sold based on the market value of the silver content. Typically, the bags will trade for slightly less than the full silver value, as there are refining costs to consider. But, when silver demand is high and supply is low, junk silver bags can be traded at a premium to melt rate.

At a retail level, junk silver coins can be bought in many sizes, but it's always better to purchase at face value increments, this makes calculating the silver value easier.

Now even though coins containing silver have not been minted by the US government for over forty years, many silver coins remain in circulation.

Unlike paper money, junk silver coins have an extremely long lifespan by virtue of their sturdy metal compositions. A coin only becomes useless once its markings are so worn down as to make it unrecognizable.

This wear process can take many decades, and chances are you have several coins that are fifty years old or even older, lying around your house. The important question here is whether those coins contain silver?

The easiest way to determine whether a coin contains silver is to look at the date it was minted. 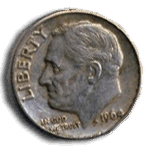 A coins date is usually enough to determine its composition, but if you want to be absolutely sure whether it contains silver, drop it on a hard surface such as tile and listen to the sound the coin makes. Then drop a common copper-nickel coin of the same denomination and compare the two sounds.

The silver coin, when dropped, should generate a higher ringing tone than the copper-nickel coin. This is also a good way to detect a counterfeit coin, many of which are crafted out of base metals to resemble older silver coins.

While there aren't very many silver coins still in circulation, if you ever happen to come across some of these old junk silver coins, be sure to hold onto them. The value of those coins is much higher than their face value, and they will almost certainly fetch a nice price from coin dealers or in an online auction.

Once you have collected a reasonably amount of junk silver and you are ready to sell, there are a number of options, and each method will have advantages and drawbacks. You can sell through a local coin shop or dealer; You can sell your junk silver coins on ebay, or you can sell using a precious metal only auction site. But, however you sell your silver coins make sure you know the number and approximate silver content of the coins you have to offer.