Hi, I had this Royal Doulton Vase given to me by my grandmother. It actually belonged to my grandfather who had it given to him by his grandmother, so I know it’s old but I’m not sure how old. 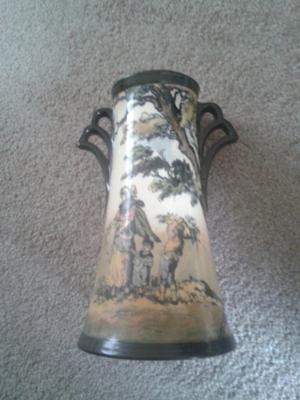 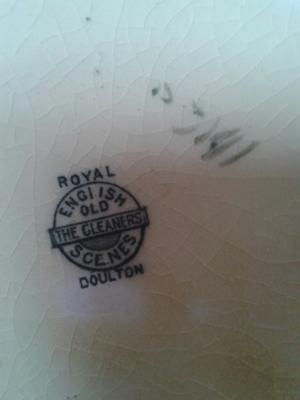 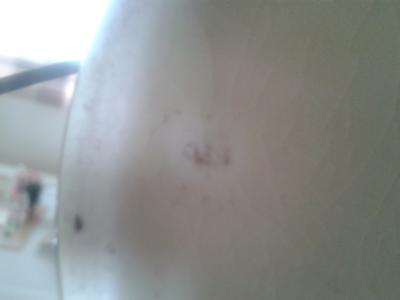 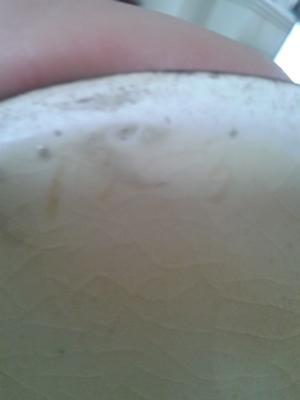 It has a few Doulton marks on the base but some I can’t really make out.

The first obvious marking it has on the base is the Royal Doulton stamp. Old English Scenes, The Gleaners.

However, I have found other Royal Doulton Vase’s around the net with D3191 pattern numbers and the 9 is quite distinctive whereas the number on the bottom of my vase isn’t and definitely looks more like a 4.

There is also another set of numbers on the base of the vase, they are very faint and extremely hard to make out.

Under a magnifying glass they look like the numbers 1383. I don’t know if they mean anything or if they are of significance, maybe a batch number or run number or something?

There is one final marking, it may be nothing at all or even a production error but I have added a picture anyway in the hope someone may recognise it.

I can’t find anything similar or identical on the internet. I have obviously found similar scenes but again nothing identical.

I hope someone can share some information on this for me. Thank you in advance and I look forward to reading your comments.